Renowned for making history, Rosa Parks is one woman we should all hold in the highest regard. A gentle seamstress who changed American history forever after refusing to give up her seat on a Charlottesville bus to a white man in 1955. Dubbed the first lady of civil rights and the 'mother of the freedom movement’, this ordinary lady ignited hearts and minds around the world as the Civil Rights Movement consumed America, mercifully changing segregation laws forever. Because of her rightful defiance 17,000 black citizens began the Montgomery bus boycott which led to the U.S Supreme Court ruling that bus segregation was unconstitutional, thus ending America’s historic racial segregation. Our children learn about Rosa in their first classroom forays at school, how wonderful to celebrate strength and rightfulness for the greater good of mankind. A treasured heroine in our eyes, thank you Rosa for paving the way as you did. 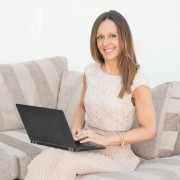